Celebrating the Birth Anniversary of Dharti Abba Birsa Munda, The Legend, on the occasion of Birsa Munda Jayanti 2020, India Indigenous Peoples is organizing a video conference with notable Adivasi Speakers which will be live streamed on YouTube.

Birsa Munda was a young freedom fighter and a tribal leader, whose spirit of activism in the late nineteenth century is remembered to be a strong mark of protest against British rule in India. Born and raised in the tribal belt around Bihar and Jharkhand.

Born on November 15, 1875, Birsa spent much of his childhood moving from one village to another with his parents. He belonged to the Munda tribe in the Chhotanagpur Plateau area. He received his early education at Salga under the guidance of his teacher Jaipal Nag. On the recommendation of Jaipal Nag, Birsa converted to Christianity in order to join the German Mission school. He, however, opted out of the school after a few years.

Having gained awareness of the British colonial ruler and the efforts of the missionaries to convert tribals to Christianity, Birsa started the faith of `Birsait’. Soon members of the Munda and Orson community started joining the Birsait sect and it turned into a challenge to British conversion activities.

During the period, 1886 to 1890, Birsa Munda spent a large amount of time in Chaibasa which was close to the centre of the Sardars agitation. On March 3, 1900, Birsa Munda was arrested by the British police while he was sleeping with his tribal guerilla army at Jamkopai forest in Chakradharpur. He died in Ranchi jail on June 9, 1900 at a young age of 25.

Though he lived a short span of life and the fact that the movement died out soon after his death, Birsa Munda is known to have mobilised the tribal community against the British and had also forced the colonial officials to introduce laws protecting the land rights of the tribals.

The Day The Rooster Slept Late 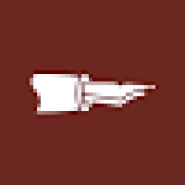 The belief system, Religion, God & the God cycle and the extraterrestrial origin of the human race.

Register for a 5-day Webinar